Harold Hamm proclaims energy independence  by 2020 – No not unless we stop driving.

On 2012 Sep 13, Romney’s Harold Hamm  proclaimed to the House Energy & Commerce Committee the the U.S. could have total energy independence by 2020. Mr. Hamm is the Chair of Mitt Romney’s Energy Policy Advisory Team; though, as he stated, he represented no one but himself, not the Mitt Romney Campaign, not his own company, Continental Resources, nor any other person or thing. 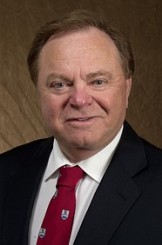 Mr. Hamm and his company has been influential in developing the Bakken oil fields in North Dakota and Montanna, among others.  He is listed by Forbes as the 30th most wealthy person in the US and 78th richest in the entire world.  He has been effective in pushing for the termination of federal land regulation in many different ways.  He is highly influential with the Romney team and was strong force in the Bush administration’s deregulation efforts.

This man is what LastTechAge calls an American ultra.

Knowledge of his background helps parse what Hamm means by energy independence by 2020:  He wants all restrictions removed from idealistic and productive fellows like himself.

World oil reservoirs are in deep trouble (see Patterns of World Oil Production or its PDF), and US policy cannot help that state of affairs Left it natural process, we will see oil availability drop to very low values during the lifetimes of our current young adults (20-3o years old).

But, the Bakken fields are a nice reservoir of oil and gas and Hamm’s fields would be in full production if only (A) the price is high enough and (B) environmental restrictions ended.

Extraction at the Bakken fields is expensive and demands high petroleum prices.  To be economically feasible, prices need to be above US$100/bbl;  the fields would function well if prices rose to US$500/bbl.  This is a hint at what he must mean by “independence.”

The Bakken fields cannot supply the 20 Million barrels of oil a day (equivalent)  that was required in the U.S. just before our 2008 crash.  For net independence (continental production ≥ consumption), internal demand would have to drop to 1 or 2 Mbbl/day (10× drop).

For best production with reasonable profitability, a company like his needs to work the way a 19th century mining operator did.  Poisonous tailing ponds and habitat destruction all along the way.

The least Draconian consequence would be that only a small fraction of our current population would be able to afford gasoline.  However, we could not use bicycles to make up the fuel deficit (local transportation, brown-out proof power, transcontinental shipping, employment, recreation …).

To achieve such reductions would be to consign at least half of our population to rather brutal poverty.

In 2011, median income in the US was less than $50,000 (50% of the workers make less than this), a decrease from the 2006 median.  Could a family earning the current median afford a job commute if gasoline were $10/gal (US)?  That is only twice its value if prices were at $100/bbl for any length of time.  How many fill ups could one afford for a 40 gallon tank F150 pickup?  What fraction of the population would function if it went higher?

No politician is addressing this reality, certainly not Pres Obama.  But Romney and Ryan actively oppose encouraging non-petroleum energy generation; most of their party have been in opposition since Ronald Reagan removed the solar collectors from the White House roof.  Addressing the reality of finite oil is  too much like Jimmy Carter, the only president who got it right; but remember – that stance badly damaged Carter’s reputation. 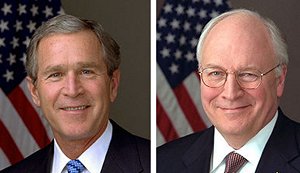 Because of his extreme ultra wealth, Harold Hamm cannot understand people who live in a without resources, in a pay-day to pay-day way.  He has been on the driving end of the US Income pump from the beginning.  He will not advise anything to restore energy access.

During the Bush-Cheney terms, Hamm worked with the administration in efforts to overturn protections on the land we need for food and water.  Now, he is advising Romney to let his knowledgeable guard foxes protect the vulnerable chicken coop. 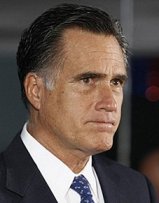 If Mitt Romney were to implement a realistic scheme to achieve this kind of true independence in 8 years, methods would have to be so extreme that there would be spontaneous riots, maybe insurrection.

He could not suppress our objectors because our professional Army is not yet sufficiently isolated from the population to behave as the Khmer Rouge soldiers did. (They need another generation to develop the esprit de corps for that.)

No, no matter what Mr. Hamm testifies to Congress, the Republicans do not stand for energy independence by 2020.

Charles J. Armentrout, Ann Arbor
2012 Sep 30
Have a comment? Click on the title of this post, go to bottom, let us know.
This is listed under    Technology
Related posts: Click the INDEX button under the Banner picture

I am a physicist with years of work in fusion labs, industry labs, and teaching (physics and math). I have watched the tech scene, watched societal trends and am alarmed. My interest is to help us all improve or maintain that which we worked so hard to achieve.
View all posts by LastTechAge →
This entry was posted in Technology and tagged bakken, Bakken Oil, Continental Resources, energy independence, Harold Hamm, Mitt Romney. Bookmark the permalink.