Remember our discussion on mercury pollution and fluorescent tubes?  We pointed out that power plants emit about 60 tons of mercury into the environment every year, the nation’s biggest mercury polluters.  EPA has just passed regulations to almost halt all of this, there is huge efforts underway to nullify the regulations.

Nasty Mercury thermometers (targets of a direct Congressional ban) were responsible for about 3/4 ton/yr. Fluorescents were more difficult to estimate, but several different methods indicated that we will be living with a 2 or 3 ton/yr release rate, once the market has reached an equilibrium sales and replacement rate. Good numbers to remember. 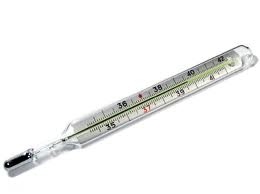 Sen Rand Paul (R- Ky) is diligently working, right now – tonight – to overthrow new EPA rules to stop interstate pollution from power plants, rules that would be extraordinarily effective in dropping the mercury release.  He is trying arm twisting, intimidation, political horse trading… anything to get the 51 votes needed for success.

A new report from  thehill.com came out this evening, The Hill’s Overnight: Energy.  If effective, Presidential Candidate Paul will successfully keep the mercury streaming into our children from the main source of the poison.

It is vitally important that Paul’s effort is not successful.   The effort is based on an older 1990’s law Newt Gringrich got through that allowed a congressional vote to override EPA actions. 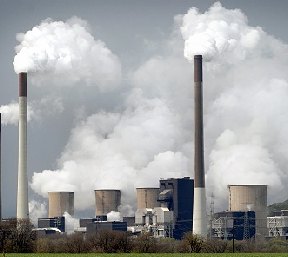 The issue is that it would be expensive to put in the scrubbers to clean up emission.  The coal  burner installations would become as expensive as a nuclear plant and huge profits would be lost to remediation.  The current EPA ruling is not sudden.  This was discussed in the late 1960’s, even, when the power companies waxed eloquent and donated heavily to stop it.  So, this is 40+ years  they have dumped mercury into our food stream and took home great margins.

I am just adding the LastTechAge voice to all the others that are speaking on power plant emissions.   I am a trained pessimist, though.  I have watched the US turn away from many good technologies by use of maybe a buck under the table, perhaps other techniques.  I have grave premonitions that this will end as the arch-reactionaries wish, not as we might wish to  benefit to our children, and our children’s children.

Charles J. Armentrout, Ann Arbor
2011 Nov 3
Listed under    Natural Resources      …thread   Natural Resources >  Pollution
Have a comment? Click on the title of this post, go to bottom, let us know.
Related posts: Click the  INDEX  button under the Banner picture

I am a physicist with years of work in fusion labs, industry labs, and teaching (physics and math). I have watched the tech scene, watched societal trends and am alarmed. My interest is to help us all improve or maintain that which we worked so hard to achieve.
View all posts by LastTechAge →
This entry was posted in Natural Resources, Technology and tagged mercury polution, polution, power plants, rand paul, sen. ben nelson, sen. joe manchin, The Hill blog. Bookmark the permalink.