The 2011 March 25  s article by Richard Kerr in the the professional journal, Science1 discussed the possibility that the peaking in  world petroleum consumption may have already occurred.  (Richard A. Kerr, “Peak Oil Production May Already Be Here,” Science, vol 331, 25 Mar 2011, pp 1501-1511.) 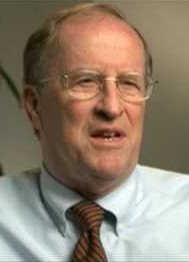 The 2011 report is a follow-on to Kerr’s earlier earlier discussion ( Richard A. Kerr, “Bumpy Road Ahead For World’s Oil,” Science, vol 310, 18 Nov 2005, pp 1106-1108.) where he noted that several petroleum production scenarios were projected, each with a different growth rate, and each indicating that oil production would peak, but at slightly different times.  The 2005 article said that the most probable time for a Hubbert-style peak was at least 10 years in the 2005 future.

In his recent update, Kerr states that these experts may have been too  optimistic, it is very likely that non-OPEC production has probably peaked already.

We have discussed this a lot: Our  Patterns in World Oil Production presents evidence from a number of world oil producing nations.  Saudi Peak Oil discusses the swirl of evidence that the deep wells in Saudi Arabia are at the start of the peak oil scenario:

This is what is meant by  the phrase “peak oil.”  The Saudi’s appear to have lost capability to meet ever increasing  world demand.  LastTechAge has also discussed studies that indicate world copper reserves may be only a couple decades from “peak” production.

In  Lynch Poo-Poo, we examined the comments by one of the  old-time peak oil nay-sayers.

Richard Kerr’s reports are very interesting.  I think that we will be able to see peaking only after a number of years have passed and the political and financial oscillations have passed.  So, we are playing a reality game, and only time will tell the winner.2

Charles J. Armentrout, Ann Arbor
2011 May 16, Current Update: 2014 April
Listed under   Natural Resources     …thread   Natural Resources  > Oil
Have a comment? Click on the title of this post, go to bottom, let us know.
Related posts: Click the INDEX  button under the Banner picture

I am a physicist with years of work in fusion labs, industry labs, and teaching (physics and math). I have watched the tech scene, watched societal trends and am alarmed. My interest is to help us all improve or maintain that which we worked so hard to achieve.
View all posts by LastTechAge →
This entry was posted in Natural Resources and tagged Hubbert peak, petroleum, Richard Kerr, Science Magazine. Bookmark the permalink.