The NIF fusion lab reports that their target support structure could hurt implosion results – our discussion.

During the early spring (2015), the National Ignition Facility (NIF) at LLNL released/published several modifications to the target that are worth mentioning.

These are all good steps forward. Here, we discuss the First result on tents.  All our links are to no-charge reports from phys.org, an important source of physics updates, out of the U.K.

A tent is the support structure that holds the spherical target capsule in place. Made of 2 very thin plastic membranes that encapsulate the target.  You can see for yourself how this works using a ping-pong ball and sheets from a roll of kitchen plastic wrap.

Fig 1 is my (very slight) markup of an image LLNL makes available.  Tent sheeting has been tested with thicknesses from 12 to 300 nm. Very fragile since a molecule of “plastic” might be only 10 nm in mean diameter — sheets 1 to 30 molecules thick!  They mention that the thicker ones are more reliable with heavy targets. 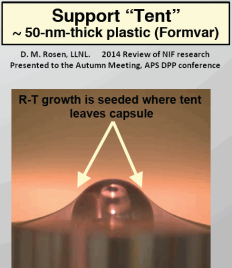 Fig 1B  is from the Review of NIF research presented to the 2014 APS conference of its Division of Plasma Physics.  The 69 slides give a very clear understanding of the issues in late 2014 that were facing the NIF Team, and include the topics we are discussing in these 3 posts.

Here is an image of a NIF capsule (about 2 mm in diameter) held in place by its tent.  The image shows that the plastic used is Formvar.  LastTechAge has modified the image only by adding the attribution.

Rosen makes the point that the tents are key structures that initiate (seed) RT instabilities that will surely shred the imploding capsule if given enough time.

Fig 2 shows initial implosion asymmetry due to the tent-target contact lines about the target.  Source:  Phys.Org

The observed (x-ray image data) initial implosion is shown in gray image on the left.  The white outlines show the position of the target, as used in the computer model.  The Model (b) does not show the severe indentation circles seen in (a).  These indentations would amplify the natural RT instability, driving the shell into the fuel and causing sub-ignition conditions in multiple knots in the central core.

The phys.org write up  says that this structure does not appear in the x-ray data for “High Foot” shot mode with its sudden onset of high intensity of laser power.  This mode has the lowest convergence, meaning the mode with the lowest density and temperature in the final core.  The structures are only in the shots with slowly rising power, driving higher convergence but with cores that appear shredded into different knots.  No actual conclusion was released on the tent issue. Perhaps part of the problem is that the “Low Foot” shots are usually much longer?  Not sure why NIF cannot run their laser power in shots that are shorter than 10 nsec, anyway!

I hope they will devise an alternate method of supporting their target.  When I was involved in direct drive at KMS, we used thin posts to which the target was attached.  We were worried about asymmetries, but none were seen as severe as the Tent effects.

NIF, at LLNL, has been a recurring topic for LastTechAge.  They started ops after 20 years of severe politiking and construction with a big flump.  They then slowly started to examine why nothing worked as they just knew it was would.  Now, they seem to be in the transmogrifying throes of becoming an effective scientific research group. (This is our 9-th post on inertial fusion.)

NOTE:  I consider that anything I knew when I left the field 30 years ago to be ancient knowledge, practically  wisdom from our knuckle walking ancestors. Even as a child, Methuselah probably understood the ICF techniques they  ignored.  I am still shocked at NIF’s original behavior but this is last time I will express this dismay in writing →  no more sardonic comments.      … unless I slip …

The NIF team are showing good scientific governance in their shot campaigns and – from the outside, at least – seem to be making headway on how to make a micro hohlraum actually work.

Charles J. Armentrout, Ann Arbor
2015 May 27
This is listed under  Technology,  in thread  Fusion-ICF/IFE
Have a comment? Click on the title of this post, go to bottom, let us know.
Related posts: Click the INDEX button under the Banner picture

I am a physicist with years of work in fusion labs, industry labs, and teaching (physics and math). I have watched the tech scene, watched societal trends and am alarmed. My interest is to help us all improve or maintain that which we worked so hard to achieve.
View all posts by LastTechAge →
This entry was posted in Technology and tagged Hohlraum, hohlraum tents, LLNL, NIF, target support structure. Bookmark the permalink.